From 19 to 22 May 2022, the free maritime festival Ostend at Anchor once again flooded the City by the Sea with two-masters, three-masters, schooners, barges and flat-bottomed boats. For four days Ostend was the epicentre of maritime heritage and the city by the sea was once again under the sign of shipping. After a mandatory two-year corona pause, more than 185,000 visitors came to soak up the maritime atmosphere.

This year's maritime festival once again offered a wide range of activities and performances, which clearly attracted many visitors. After two years of absence, the unique atmosphere in Ostend's city centre could be enjoyed again. Over four days, 185,000 people visited the festival, the largest of its kind on the North Sea.

Mayor Bart Tommelein: "We look back on a very successful four days of Ostend at Anchor with 185,000 visitors. Thousands of families descended on Vindictivelaan, Visserskaai, Sint-Petrus and Paulusplein, the various docks and marinas for a mix of authenticity, music and ships. Ostend at Anchor again provided an unparalleled atmosphere and we can already look forward to the next edition.

Ostend at Anchor was able to snare the Gulden Leeuw to travel to the festival for the first time this year. The presence of the Dunkirk Little Ships, who ventured across the Channel with their pearls of the sea, was also an exceptional addition to the programme. At the Cruisekaai, you could visit true cathedrals of the sea, while the Kamper Kogge and the Hydrograaf made their comeback in the Mercatordok. All in all, there were more than 150 ships that travelled to Ostend this year and opened their ships to the public.

Curator Hubert Rubbens: "I can hardly believe that we had such an enormous turnout again this year. For years now, the entire team has been looking forward to doing what we do best. If you can then count on 185,000 visitors, you know that a lot of them were waiting for this. By the way, people who have not yet had time to visit Magellan's exhibition can still do so until 6 June."

500th anniversary of the world expedition by Magellan and Elcano
The 500th anniversary of the world expedition of Magellan and Elcano was also discussed extensively during this edition. A unique collection of sea and world maps and artefacts, on loan from the Spanish Geographical Institute, is on display in the Anglican Church. This exhibition can be visited free of charge and runs until Monday 6 June. 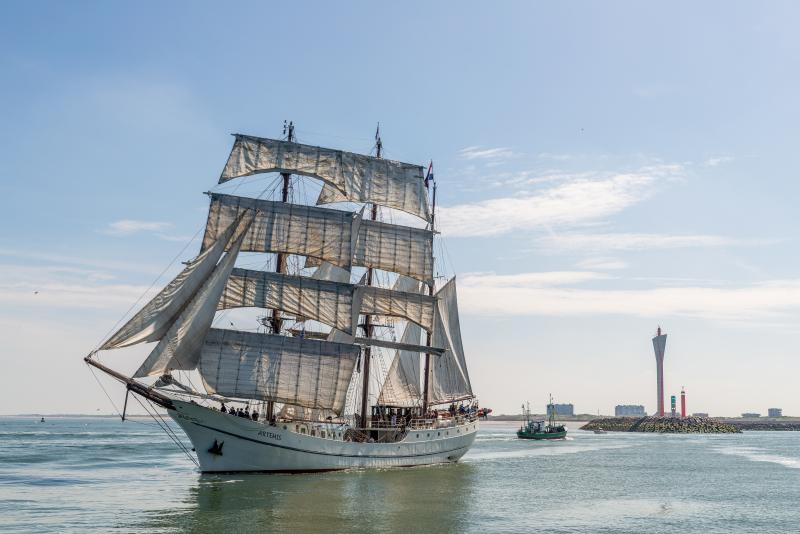